Filling the gender gap in agriculture: viable opportunities for women 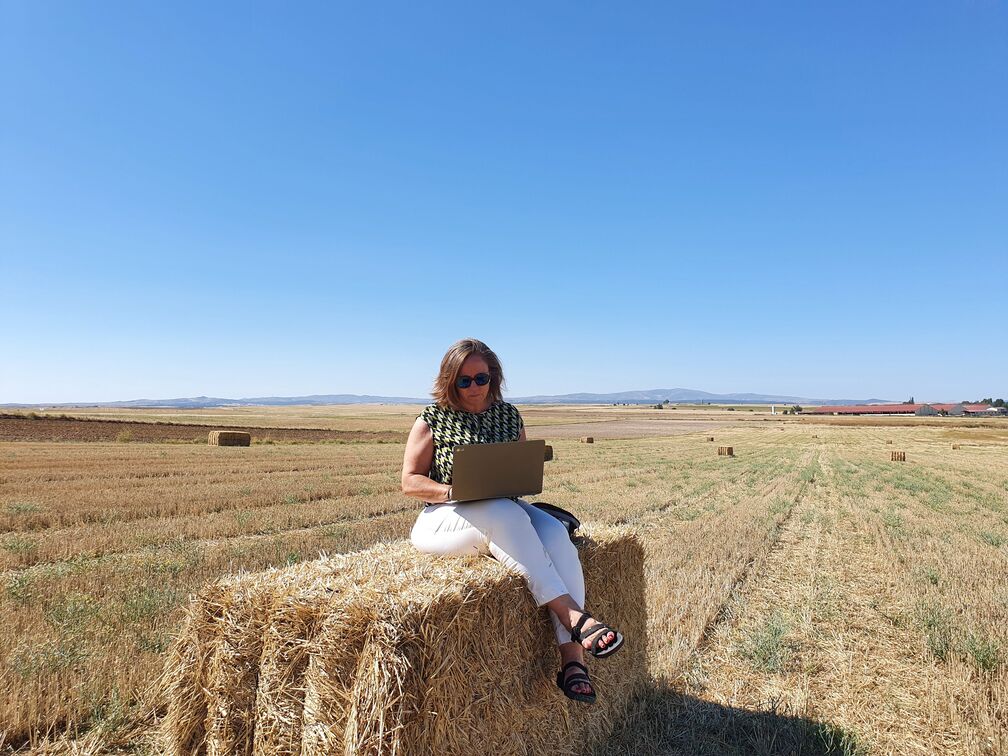 Country life may be romantic, but regional development counts too. Digitalisation can help boost gender equality and curb rural poverty

Despite women playing a key role in the life of rural communities, studies show they leave their villages in greater numbers than men do. This leads to demographic imbalances and inhibits local economic and social development.

The main cause remains gender inequality, reflected on the labour market and in wage levels. Their economic activities are too often neither taxed nor protected by the state.

Although women in rural areas of the EU make up less than 50% of the total rural population, they represent 45% of the economically active population and about 40% work on their family farms.

Eurostat data show that around 30% of the farms across the EU are managed by women, with the highest share in Latvia and Lithuania (45%) and the lowest (5-6%) in the Netherlands and Malta.

However, in comparison to a decade ago, the share of female farmers is slowly growing, mostly thanks to the expansion of the EU in 2004, with the countries in the East tending to have more female-owned farms than those in the West.

Worldwide, the percentages are even smaller: according to research carried out by the Food and Agriculture Organization of the United Nations (2018), less than 15% of all landholders are women, their distribution ranging from 5% in Middle East and North Africa to 18% in Latin America and the Caribbean.

Still, some success stories prove that chances for development in the rural areas really exist. Ariane Lotti is an Italian-American entrepreneur in her thirties, born and raised in the United States. She and her sister inherited from their Italian side of the family some land in Maremma region, in western coast of Central Italy.

“I started working on the farm when I was seventeen, after finishing high school, during the summer seasons. Before I came here, I worked in Washington DC on farm polices, so I was often enrolled in talking with the farmers,” says Lotti.

Her major achievement since her arrival, seven years ago, was to turn the farm into a business, as it had depended too much on subsidies. Another change was to ensure the transition to certified organic production.  “Then I was able to develop a series of products under the farm’s brand. Before, we only sold raw materials, now we have branded products as well, based mainly on rice, which are sold in packages,” she explains.

When it comes to investments and accessing the European funds for agriculture, she would like to see clearer and more streamlined procedures. “The payments are delayed, the rules are not clear, they change without considering the impact on business,” mentions Ariane Lotti.

Another example of success is Laura Zoff‘s story, a young Italian entrepreneur living in Cormons, a village in Northern Italy. She decided twelve years ago to quit her career as freelance interpreter in the city and move with her husband to the countryside. Her parents had a farm that bred the local Pezzata Rossa cows in Borgnano di Cormons hamlet. They turned it into a guesthouse with five rooms and produced raw milk cheeses.

“Since we moved to the farm in 2009, my husband and I have improved the cheese production, had the whole farm organic certified, and developed sustainable cattle breeding, by sending cows out to pastures every day, weather permitting,” explains Laura Zoff.

The most difficult, expensive and time-consuming activity remains the paperwork. As for the current demands, Laura thinks that farmers need guidance on using the new technologies, and – again – less bureaucracy. “Farmers who practice organic agriculture and use techniques that preserve nature, the animals and the fields should be encouraged and supported by authorities, as they are doing an extraordinary job for the future generations,” she asserts.

“The success of women in rural areas is also a success for the whole environment. They show much more empathy toward the countryside than their male counterparts, who tend to focus on business performance,” says Diana Lenzi, president of the European Council of Young Farmers (CEJA), an association based in Rome, which ensures the communication between young farmers and European decision-makers.

Digitalisation may give a helping hand to boost the economic development of these areas and to overcome the gender barriers.

In this respect, the EU project dRural is developing a digital marketplace linking consumers to public and private healthcare service providers, online education, government, and farming technologies. This project will run in four regions: Extremadura (Spain), Jämtland Härjedalen (Sweden), Dubrovnik-Neretva County (Croatia) and Gelderland Midden (The Netherlands), and can be replicated at a larger scale.

“We are closely working with the regional ecosystems in order to identify the most valuable services,” explains Myriam Martín, coordinator of dRural, as the business model could differ from a region to another.

According to her, “the ambition is to set off a snowball effect whereby service providers can deliver greater value, which in turn attracts more end-users and helps consolidate a sustainable business model over time, for the benefit of all.”

The project partners will also work with several municipalities in the four regions to identify ways to reduce red tape. “Online services would streamline paperwork and save people from having to present all documentation a second time,” notes Martín.

These new opportunities can address the issue of women migration in Europe’s rural areas. “This red tape, which gets in the way of solid economic and social development in rural areas, could be cut to some extent by such services”, believes Myriam Martín.

Such digitalisation could raise living standards in rural areas, according to Myriam Martín, while the new and better job opportunities could encourage more women to stay. The online platform will enable them to access services, to enhance their digital skills and to attend training courses, all of which will improve their employment prospects. 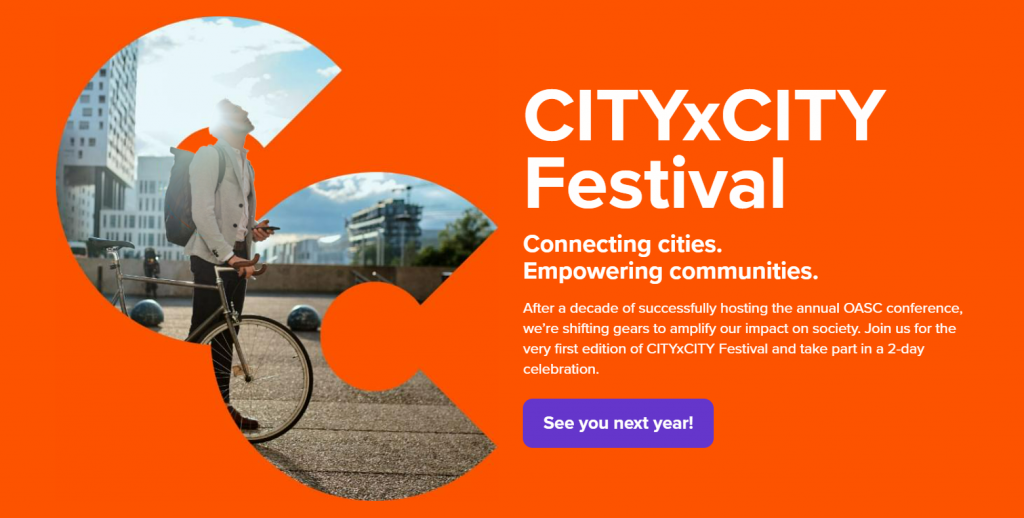 dRural starts in the spotlight 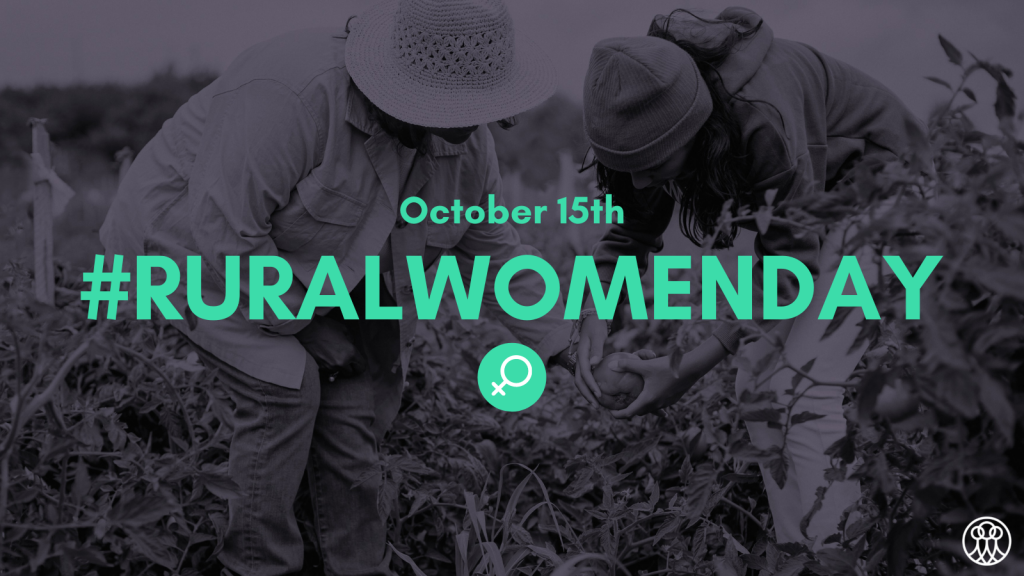 The International Day making the voice of rural women heard 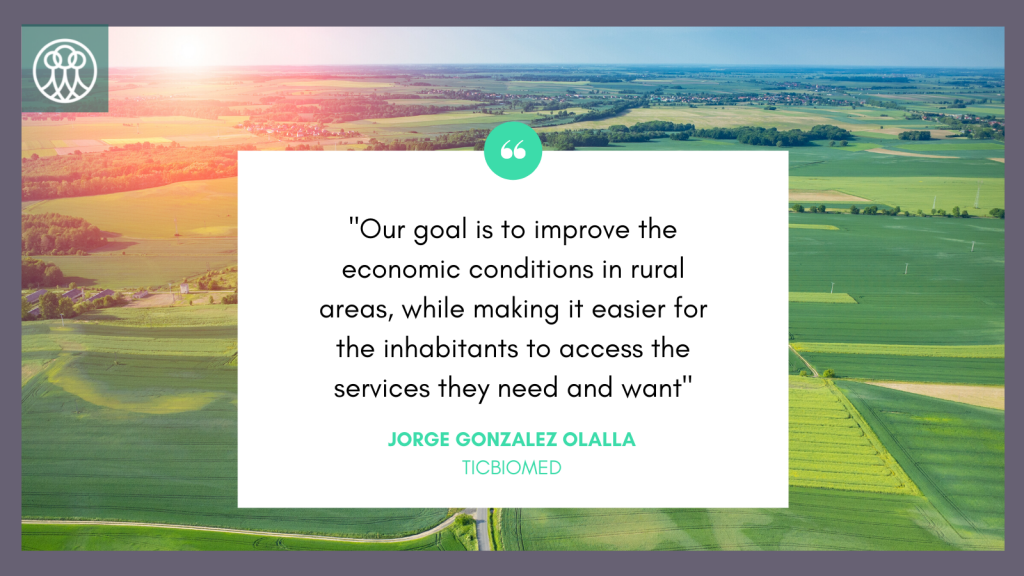